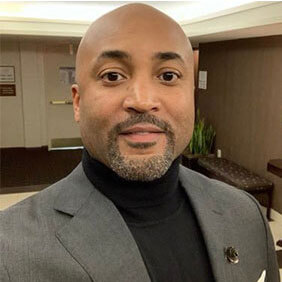 A 10-year NFL veteran, Taylor recorded 19 career interceptions, 10 fumble recoveries and five forced fumbles in 129 games during his career with the Philadelphia Eagles and Seattle Seahawks.

During his 2002 Pro Bowl season, Taylor recorded a career-high five interceptions and registered an interception return for a touchdown in the NFC Divisional playoffs to help send the Eagles to the NFC Championship game. 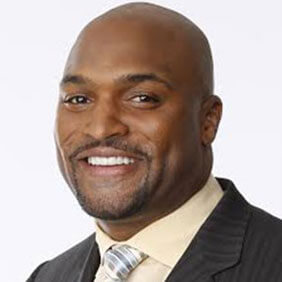 A 13-year NFL veteran and Super Bowl XLII champion, Toomer is the New York Giants’ all-time leader in receptions (668), receiving yards (9,497) and receiving touchdowns (54) during his 190 regular-season games played with the franchise.

He also appeared in 11 postseason games and totaled 44 catches for 608 yards and a franchise-best seven touchdowns, including three during the Giants’ run to the Super Bowl title in 2007. 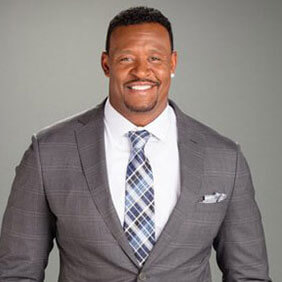 A two-time Pro Bowl selection and three-time Super Bowl champion, McGinest was a vital member of the New England Patriots dynasty of the early 2000s. His 15-year NFL career was highlighted by his 12 seasons with New England, where he recorded an NFL-record 16 postseason sacks, including a single-game playoff record 4.5 sacks in the Patriots’ 2005 AFC Wild Card game.

McGinest, who finished his career with the Cleveland Browns, currently serves as an analyst for the NFL Network. 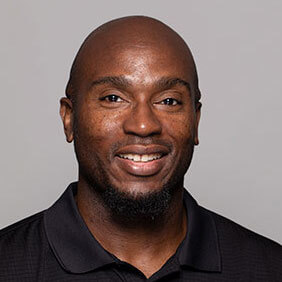 A member of the 2015 Pro Football Hall of Fame class, Shields was a 12-time Pro Bowl selection and three-time First-Team All-Pro during his 14-year career with the Kansas City Chiefs.

Shields never missed a game at guard throughout his career and was named to the NFL’s All-Decade Team of the 2000s. He was named the 2003 Walter Payton Man of the Year for his work with the Will to Succeed Foundation, a charitable organization he founded in 1993.