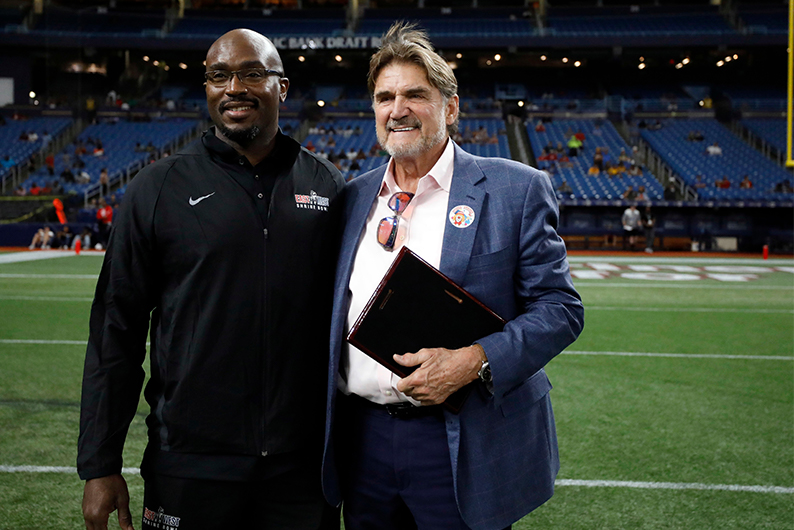 Will Shields is a former college and professional football player who was an offensive guard in the NFL for 14 seasons and was inducted into
the Pro Football Hall of Fame in 2015. He was selected in the third round (74th overall) by the Kansas City Chiefs in the 1993 NFL Draft. 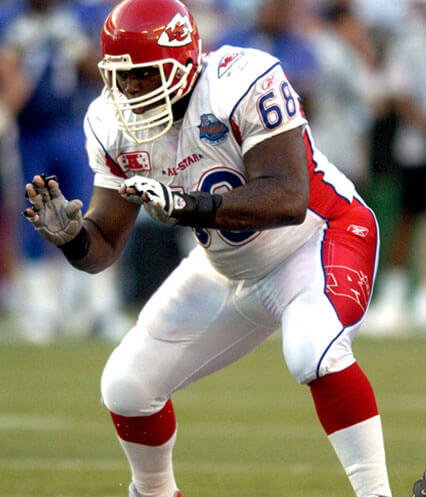 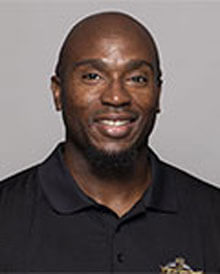 Throughout his seasons with the Chiefs, Shields never missed a game. He played in 224 games, three All-Pro Selections, and went to 12 straight Pro Bowls. He also won four division titles, made six playoff appearances and was named to the NFL “All-Decade Team” of the 2000s.

Shields played in the 1993 East-West Shrine Bowl, which, he said, is actually the only exposure he had to NFL coaches. The only team he had a meeting with is the team that drafted him (Kansas City Chiefs). During that week, he was also able to spend time with the children at Shriners  Children’s. “I loved it; it was excellent going there and it’s a cool factor being able to give back and be a part of that community,” said Shields. “You’ve been given a gift or a talent and now you can utilize that to help others.”

Although retired, Shields is still heavily involved in helping the community. He has a fitness center in Overland Park, Kansas, and also helps players who are transitioning out of the NFL. His Will to Succeed foundation, which was established in 1993, seeks to “guide & inspire, empower & improve the lives of those less fortunate by providing financial, educational and other everyday resources to those identified as most in need.”

Dan Pastorini was the quarterback for Santa Clara University from 1968 to 1971. He was a Second-Team AP Little All-American selection, and ranked in the top 10 in nine of the school’s all-time passing records. He was drafted third overall by the Houston Oilers in the 1971 NFL Draft. 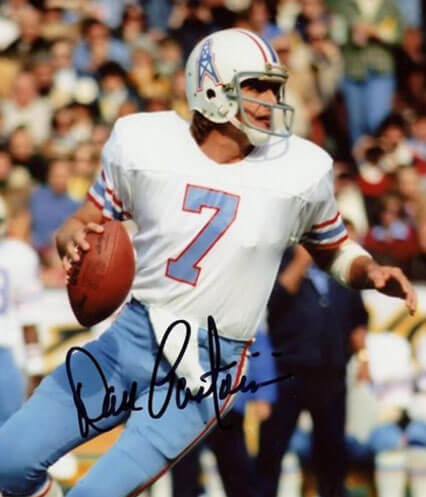 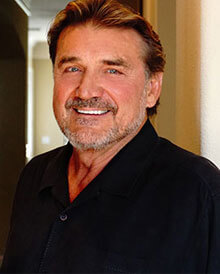 In 1975, Pastorini was also named to the AFC Pro Bowl team. In 1978, he threw for a career-high 2,473 yards and 16 touchdowns. After his career with the Oilers, Pastorini was traded to the Oakland Raiders (where he was a member of the 1980 Super Bowl championship team), the Los Angeles Rams, and the Philadelphia Eagles before retiring in 1983.

As the first son of a Shriner to play in the game, participating in the 1971 East-West Shrine Bowl was a special honor for Pastorini. “I was fortunate enough to be selected captain of the team and I had a very good game,” he said. “I got MVP of the game and set a record field goal.”

Pastorini is most proud of the charitable work that he is involved in. His foundation, Dan Pastorini Charity, assists in raising funds for and awareness of several charities, including Be An Angel, which he has been involved with for 30 years. He has been selected chairman of the board of Be An Angel Foundation, which helps profoundly deaf children, or children with multiple disabilities, by helping them obtain the equipment and care they need to improve their quality of life.

Pastorini is grateful for his East-West Shrine Bowl experience, and for receiving this distinction. “I would never have been selected as the third pick in the first round of the NFL draft if it weren’t for the opportunity to play in the East-West Shrine Bowl,” he said. “I’m truly honored to be in this year’s Hall of Fame.”